Recovering From Incontinence After Prostate Surgery Is Tougher Than I Thought

I was 64 when the doctors told me that I had prostate cancer. One minute, I’m living the life of a freshly retired teacher, ready to start traveling with my wife and see the world. The next minute, I’m lying on an operating table having my prostate completely removed.

The surgery itself was quick. Just a couple of hours, and I was in the recovery room, slowly waking up, being urged to move around by my wonderful nurses, and getting used to the catheter that was placed there during my surgery.

I went home the next day and felt some pain, which I was warned would be normal. The next week, my doctor took my catheter out and I couldn’t be happier about it. I hated the thing, and couldn’t wait to get back to normal.

But then, I realized that things were far from normal. The first night after the catheter was removed, I stood up from my celebratory dinner and that was the first time I felt it. A warm trickle down the side of my leg. I hadn’t even felt a sensation to urinate, but there it was.

I thought maybe it would go away after a week or so, but the leaks continued. I wore the pads the doctor had given me (he did warn me about this, obviously, but of course I felt I was above it).

After the leaks didn’t go away in the next 3 weeks, I started to get really worried. My doctor had told me that recovery could take up to 3 months, but I guess I just thought it would be faster for me. I wasn’t very old, I was in good health before the surgery and thought things would heal quickly. But still, the leaks continued.

Once I got to the 12-week mark, I felt really down. The leaks were still there and didn’t seem to be going away. I would start to feel some signs of improvement – a small sensation of needing to urinate, maybe a few less leaks on some days, but then I would regress and it would feel I hadn’t made any progress at all. I started to become depressed and was irritable with everyone around me. Lucky for me, my wife was understanding and supportive, always encouraging me to hang in there and just give it time.

A friend who had gone through his own prostate removal advised me to start taking walks to regain some strength. He also gave me the number of a physical therapist he had used to help after his surgery. Those two pieces of advice turned out to be gold. My wife and I started taking short daily walks, eventually extending them bit by bit until I could go a couple of miles. I also saw a PT who showed me how to do a kegel and set me on a workout plan to regain some strength. Using her biofeedback machine was really helpful, as I could see my muscles working, even if I couldn’t always feel them. I also saw them slowly get stronger, which was enough motivation to keep going.

Finally, at 6 months post-surgery, I was able to start going for days without an accident. By seven months, I had pretty much regained all control of my bladder, had stopped wearing pads, and was feeling back to normal.

My advice if you’re going through something similar is to be patient. Seven months is a long time, and the time it took to regain control felt like forever. My journey was a long one, longer than many, and was filled with many setbacks and roadblocks. But I’m proof that you can get back to where you were presurgery. You just need to put in the work and the time to do it. 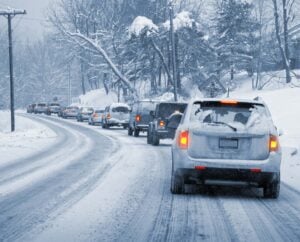 Suffer From A Bowel Condition?

Do you suffer from things like abdominal pain, bowel leakage, constipation, gas or bloating,? We want to hear from you! Click below to take a survey sponsored by NAFC.