Overactive Bladder Causes Significant Burden, Regardless of Age Amongst Adults

DUBLIN AND CHARLESTON, SC, November 14, 2017 — Allergan, Inc. (NYSE: AGN), in partnership with the National Association For Continence (NAFC), today announced the results of a new survey that revealed the impact of overactive bladder (OAB) and related symptoms on those living with the condition, as well as the extremes to which people will go to cope with or hide their symptoms. While commonly believed to be a result of weakened pelvic muscles following childbirth or just part of the aging process, the survey found that more than a quarter of the 100 respondents were diagnosed at the age of 34 or younger, and nine percent were diagnosed before 24 years of age.

“People can start experiencing symptoms of OAB at an early age, learning to settle for a lifetime of silently struggling with an uncomfortable condition,” says Steven Gregg, PhD, Executive Director of the NAFC. “Many who suffer live in constant fear of their next accident, and feel the need to plan activities around access to a bathroom to hide symptoms from friends, family or colleagues.” The survey found that 86 percent of respondents experience OAB symptoms multiple times a day. Yet, despite reported frequency and impact of symptoms, 40 percent of the respondents have either discontinued treatment or never been treated for OAB. That may be due in large part to the fact that nearly half of all survey respondents would feel more comfortable discussing their OAB symptoms if his or her doctor brought it up first.

“November is Bladder Health Awareness Month, and we want to help people living with OAB realize that talking to their doctor is important in helping to get a diagnosis and learn about treatment options,” says Mitchell Brin, SVP of drug development, Allergan. “No single treatment is right for everyone. For people living with OAB who are cycling from one treatment to the next, there are several new treatment options that may not have been discussed.”

Other key findings from the survey of 100 people living with symptoms or who have been diagnosed with OAB include: 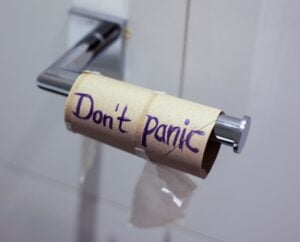